Let’s face it: China is expanding on a global front and fast. China is a big-time player in the world’s economy and the amount of millionaires surfacing here is shooting through the roof. Even though the Chinese are dominating the scene, the likelihood that the rest of the world will jump up and learn Chinese is not that high, however, the Chinese already started years ago sending their children to boarding schools in the US and UK to master the world’s lingua franca.

The older Chinese generation was deprived of education during the Cultural Revolution and most of them speak almost no English at all. Today, however, the Chinese are obsessed with English. Nearly a fifth of the population is learning the English language. Gordon Brown, the former British Prime Minister stated during a trip to China, that in two decades China’s English speakers will already outnumber native English speakers in the rest of the world. This sudden desire for English in China is fuelling a market that comprises everything from books, teaching materials and tests to teacher training and language schools themselves. ETS, an American group that developed TOEFL estimates that China is already the world’s largest market for English-language services at a whopping $60 billion a year.

The giants of training schools, Wall Street English, Web International and New Oriental are currently aiding English education in China to soaring success. Web International has 100 training centers throughout China while New Oriental boasted with 15,000,000 students since 2011. English education isn’t only enjoying support from training schools; the Chinese are acquiring English at very early ages as well. Bi-lingual kindergartens are sprouting all over the country. The latest phenomena in China, the so-called “Dragon babies” boom surfaced in 2012 during the Year of the Dragon. The government now aims to open a gigantic amount of schools to teach these children English. The Chinese learning English, is happening and currently a whopping 320 000 English natives are employed annually in China to educate the future generation.

Set aside the known big international schools in China, many local schools in smaller cities are also adapting either more English programs, international school methods or employing foreign teachers to educate their students, to go out and be comfortable with fierce competitors in the international platform of business. Many companies who aim their services at sending Chinese students abroad to learn English are also growing rapidly. Chinese students, seeking an English education, are the largest group of foreign students in American (over 127,000) and Canadian (50, 000) universities.

Yes, every person deserves an education. And it is ideal if every nation is fluent in the business mother tongue of the world. English language education in China during the second half of the twentieth century might arguably be called the world’s largest language engineering project. And the fact that China is taking this so seriously also means more jobs for teachers. It’s a win-win situation for everyone. China is venturing in to the world and creating an impressive reputation speaking English while doing so while hoards of foreigners are flocking to China to work and live the high-life in the country’s vibrant cities.

To be a part of the fast growing business of English education in China, contact Teaching Nomad ( https://www.teachingnomad.com ) now for more information!

Everything you need to know about TEFL certification courses and how they effect your eligibility for teaching opportunities in the Korean public school system in 2018. The English Program in Korea (usually referred to in the abbreviated form...

Pros and cons of teaching abroad

As it has been said, teaching abroad isn’t for everybody. Each program you will encounter will require some prerequisites and the proper attitude, but will offer unique challenges and personal incentives to the right individual. Here is an... 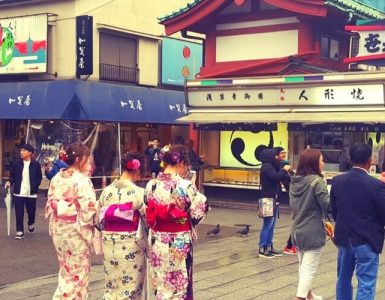 How To GuidesTeaching Jobs

A seriously awesome guide for people who are seriously interested in teaching English in Japan! 1. INTRODUCTION Japan’s been a premiere English teaching destination since the early 1990’s. The massive TEFL teaching industry, as we know...

Heading to China to teach English? Follow these top tips

Heading to China to teach English? Follow these top tips